I wanted to write about the violence that occurs everywhere against children since it is more or less universally accepted and discuss what I see is the cause of this. It is popular with writings about the flaws in how to look after the children in schools and kindergartens as well as children who are abused at home where the responsibility in principle always is with someone else. So far I can´t remember having seen any article that addresses the issue that highlights the fundamental essence behind the deficiencies. To find out where the flaws really come from we have to find out who it is who owns the child and who is responsible for the child and why they are responsible. 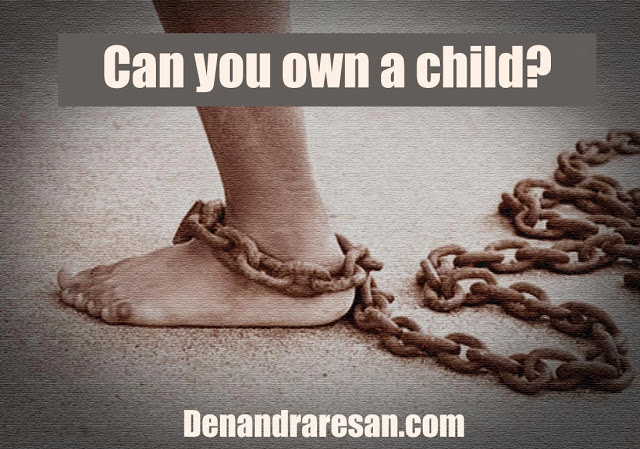 I am a parent that likes to analyze and question what we do and why we do things in the smallest detail in order to find out what the truth is. Since I’ve started the journey of parenthood I have been able to see beyond the false matrix that is conjured for us which the majority of people seem to accept as normal. What I have discovered is not beautiful. What I see is a terribly negative development based on fundamental misunderstandings of who owns the child and who is responsible for the child. It is in everyone’s interest to work towards a sound world that the next generation can live together in and build on.

Do we own ourselves?

Yes, each person owns him or herself. Each person can decide what he or she should do with their own bodies which no one else can do. To not to agree with that would be to say that people can be owned by others and that would be an argument for rape and slavery. People also own their own actions and arguments. Whoever that claims that it is not so is claiming ownership of their own arguments which is contradictory.

The definition of “children”

To be able to explain who owns the child I first need to find out what a child really is. A child is an un-developed human being that is a product of a man and a woman.

Is the child the parents’ property?

An incorrect conclusion that many people (and that state for that part) draw is that the parents own the child because the child is created by and dependent on them.

That is incorrect. The only person anyone ever possess is him or herself and no one else. The child has his own “self” and is his or her own person just like any human being, regardless of age and is therefore not anyone elses property. The fact that the child is not fully developed and therefore unable to look after itself does not mean that someone else owns it in exactly the same way that some other individuals can not take care of themselves, such as elderly and disabled people, that is not seen as being owned by anyone else.

The question of who owns and is responsible for the child is central in to be able to understand how we can reverse the negative trends that we see in the society. It is my belief that everyone needs to understand that nobody can own the child (as the child owns itself!) but it is the parents who have the responsibility to manage the child and they should follow the non-aggression principle to be able to create a more peaceful and better the world for our next generation. Please read on for non-aggressionsprincipet and personal responsibility that goes hand in hand with it to manage their children here.

Do you think the text was interesting? Share as much as you like. Hopefully it can inspire someone else! Do you think that something I wrote is difficult to understand or would you like to put forward if you have a different view? Please comment in the comment field below and I will reply.